What we're reading this week....

Here are a few things the Reliable Sources team has been reading this week:

Prince at war– Britain’s Prince Harry has given reporters a rare glimpse into his life as an Apache helicopter co-pilot in Afghanistan. Harry, or Captain Wales as he is known to his fellow airmen, revealed that he has killed Taliban fighters on his missions.  He also expressed frustration with the media, saying that the interview he granted had come with the condition that the media did not speculate on his deployment before he arrived in Afghanistan.

Reporter’s costly car crash– A British journalist is facing bankruptcy after accidentally blowing out the engine on a $2 million vintage Porsche 917 racing car. Mark Hales faces a bill of $76,000 for repairs to the car, plus an additional $100,000 in legal fees after over-reving the car during a 2009 test drive. A racing website is raising money to help Hales cover the costs.

Say cheese– With hundreds of thousands of people taking millions of photographs, a presidential inauguration is bound to produce its share of amusing freeze-frames. Buzzfeed’s Andrew Kaczynski provides this compilation of the best Inauguration Day photobombs.

End of an era at CBS– Pioneering CBS producer Lisa Mason announced her retirement this week, marking the end of a 47-year career. She broke new ground in 1971 when she became the first female producer on the “CBS Evening News with Walter Cronkite.” Mason also held the post of Executive Producer for “CBS Sunday Morning” before becoming a vice president.

What stories have caught your attention this week? Let us know in the comments section. 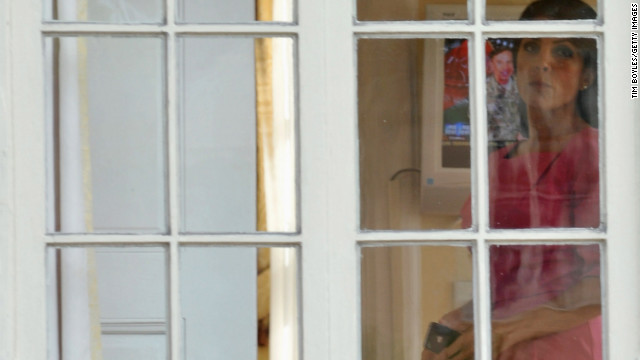 (CNN) - Jill Kelley was clearly conflicted as she sat down with me in a downtown Washington office to tell her story for the first time.

There was so much the Tampa socialite wanted to say about being sucked into the vortex of the Gen. David Petraeus scandal, about how she was really just good friends with another top general, John Allen, and about what she sees as the media's unfair treatment of her.

Click here to read her side of the story.