Hillary Clinton marked her final week as Secretary of State with a plethora of exit interviews on all the major networks that mostly stayed away from the hard issues. Should Steve Kroft and co. have given her such an easy ride?

Al Gore went on a media blitz this week to promote his new book, but the environmental activist also faced questions about his sale of Current TV to the fossil fuel-producing Qataris of Al Jazeera. Were the media tough enough on him or did they let some apparent contradictions slide? Also, MSNBC faced accusations that they selectively edited video of a Sandy Hook shooting victim’s father giving testimony. Was he really heckled?

We’ll examine all these topics with Dana Milbank of the Washington Post, Amy Holmes of “The Blaze” and former PBS correspondent Terence Smith.

Geraldo Rivera set media tongues wagging when he said that he was “truly contemplating” a run for one of New Jersey’s Senate seats. Is he serious? We’ll ask SiriusXM political talk show host Pete Dominick and Marisa Guthrie of the Hollywood Reporter for their take.

Finally on Super Bowl Sunday we’ll preview the big game in the second part of our interview with long time NBC Sports host Bob Costas and examine why companies are now releasing their Super Bowl ads before the big game kicks off in a discussion with Barbara Lippert of MediaPost.

From the desk of Howard Kurtz: Be a little skeptical on immigration reform

(CNN) - The mainstream media - you know who you are - are rooting for immigration reform.

They like the idea of doing something to accommodate the country's 11 million undocumented immigrants, who, despite conservative rhetoric to the contrary, were never going to be banished.

They swoon over the kind of bipartisanship that brings together John McCain and Marco Rubio on the one hand and Barack Obama and Chuck Schumer on the other.

They believe the Republican Party needs to moderate its harsh rhetoric about immigrants - if only to salvage its political future - and are welcoming the GOP's new realism.

But is that enthusiasm causing media organizations to overestimate the prospects for reform? 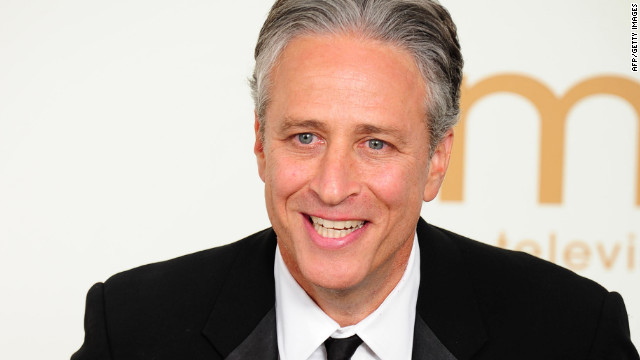 Reliable Sources digs into media coverage this week – but here’s a look at some of the other stories that caught our attention:

Answering on Al Jazeera: Falling victim to The Daily Show's comedic wrath is a rite of passage for most politicians and Al Gore was no exception. Reported by Mediaite, Jon Stewart questioned Gore about the climate control activist's decision to sell Current TV to Al Jazeera, a news operation owned by the Middle Eastern country Qatar, which makes its money on oil and gas. Stewart called it an "odd move" because Gore preaches about climate change, and according to him, what's a major cause of climate change? Oh, that's right: oil and gas.

Netflix and Networks: Netflix, well-known for its DVD delivery service, is aiming to make itself equally renowned for its online streaming and change the way viewers watch TV. It hopes to accomplish this in 2013 with new original programming that's only available via Netflix, with no other major network involvement. Debuting tonight will be one of these new series called "House of Cards," a political thriller starring Kevin Spacey as (what else?) a sociopath. Here's the kicker: instead of releasing one-episode per week like its network competitors, Netflix is debuting all 13 episodes in one sitting. (Now would be a good time to cancel your Friday plans and figure out what you want for dinner because you'll be ordering in tonight.)

Twitter's gone rogue: The Week's Matt Lewis says he's no Manti Te'o, but he "did meet a lot of virtual friends" via Twitter. The Conservative writer has been tweeting since 2008, long before Twitter became another outlet for news. Four years later, though, Lewis says "The social sharing tool [that] was once a vision [is now] a prison."

Bloggers vs. Reporters: According to BuzzFeed, you shouldn't confuse the two, or you might just end up on Rajiv Chandrasekaran's bad side. Note: You would be joining the company of Senator Jim Inhofe, who quoted conservative Washington Post blogger Jennifer Rubin during Chuck Hagel's confirmation hearing earlier today. Except he called her a reporter, and Chandrasekaran apparently took great offense.