The Obama administration found itself on the defensive this week as reporters demanded more information on the aftermath of the Benghazi consulate attack, the IRS’ targeting of conservative groups, and the Justice Department’s seizure of phone records from the Associated Press as part on an investigation into leaked information.

Howard Kurtz will be addressing the media angle in all of these stories this week. He’ll be joined by former AP White House reporter Jennifer Loven, as well as Mediaite’s Joe Concha and Jane Hall of American University. 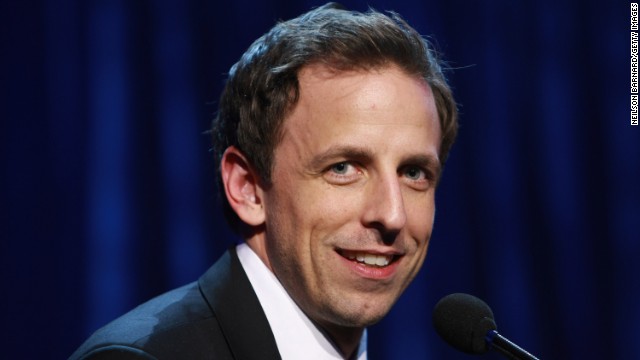 We’ve got a busy show coming up on Sunday. From the Justice Department seizing AP reporters’ phone records to the IRS targeting conservative groups, the Obama administration’s handling of several major controversies has been criticized across the spectrum. We’ll discuss the coverage of the latest Washington headlines in detail, but until then, here are some other reads that caught our attention this week:

Seth Meyers will return to ‘SNL’ this fall, leave for ‘Late Night’ in 2014: The late night television changes continued this week with NBC’s announcement that current SNL cast member Seth Meyers will replace Jimmy Fallon as host of ‘Late Night.’ In a ‘Today Show’ interview, Meyers confirmed to NBC’s Matt Lauer that he’ll stay with Saturday Night Live through the fall before starting his new gig next year. February 2014 marks Jimmy Fallon’s transition to ‘The Tonight Show’ slot, also coinciding with NBC’s Winter Olympics coverage. While many SNL fans will undoubtedly be sad to see Meyers go, this latest change reflects the networks’ push to attract younger viewers.

An inside look at Guantanamo Bay: Cuba’s most infamous detention center is the subject of author and Wall Street Journal correspondent Jess Bravin’s new book The Terror Courts: Rough Justice at Guantanamo Bay. In his latest novel, Bravin highlights the lack of legal precedent that makes prosecuting inmates even more difficult amid hunger strikes and calls to close the prison. With rising costs to maintain Guantanamo Bay and accounts of worsening conditions inside the cells, the topic is sure to remain a source of controversy across the political spectrum.

Which journalists accepted free laptops from Google? When it comes to reviewing the newest smartphones and laptops, trying out the latest gadgets is part of the job- but does it create conflicts of interest for journalists tasked with objectively covering the technology beat? At this week’s Google keynote address, Gawker media blogger Sam Biddle highlighted a possibly ambiguous loan agreement that may have allowed several journalists to keep some gadgets free of charge. The story highlights the bigger issue of news organizations’ ethics policies against handouts and not accepting gifts- in an evolving media landscape, it’s an ongoing conversation to be had amongst journalists and news executives.