After 15 years, Howard Kurtz signs off as host of 'Reliable Sources' with reflections on his time at CNN.

Do women's magazines serve as a platform for serious journalism? Howard Kurtz asks Janet Reitman and Robbie Myers to weigh in.

When the Supreme Court handed down several major decisions this week, including two historic same-sex marriage rulings, voices on both sides of the debate weighed in. On ‘Reliable Sources’ this Sunday, we’ll discuss the tone of coverage following these landmark rulings with the George Washington University’s Steve Roberts, American University’s Jane Hall, and former PBS correspondent Terence Smith. On the NSA/Edward Snowden front, our panel will discuss Glenn Greenwald firing back against journalists who question whether or not he should be arrested for his NSA reporting. And as companies continue to cut ties with Paula Deen, we’ll discuss reaction following the celebrity chef’s emotional ‘Today Show’ appearance where she addressed allegations of racism.

And finally, after a CNN career spanning nearly two decades, Howard Kurtz signs off as host of ‘Reliable Sources’ with some reflections on his time at CNN and the major stories he’s covered since the show’s first broadcast in 1998.

Tune in Sunday morning 11am ET. 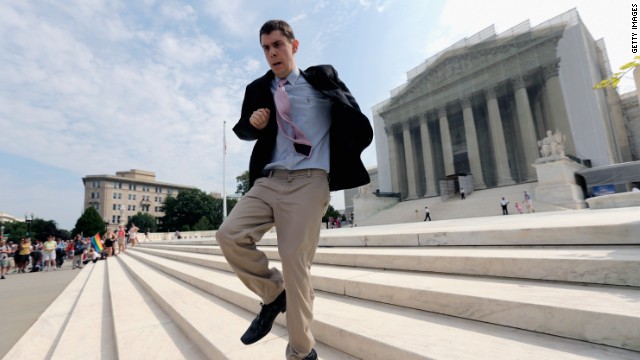 A 'hero' to some, now a fugitive