Sneak peek at this Sunday’s show

This week, reports of a U.S. government program tracking the personal phone calls, emails and texts of millions of Americans once again reignited the debate on privacy, protecting Americans and where to draw the line. Sunday on Reliable Sources, Howard Kurtz will talk to journalist Glenn Greenwald of The Guardian, who initially broke the news of the NSA’s phone surveillance program on Wednesday evening.

We will address this week’s coverage of the surveillance revelations with the National Review’s Ramesh Ponnuru, The Guardian’s Ana Marie Cox and The New York Times’ Charlie Savage. Our panel will also discuss the week’s top political stories, including Susan Rice’s appointment as National Security Advisor and why President Obama’s latest staffing changes are getting reaction across the political spectrum.

Later in the show, Mediaite’s Joe Concha will join Howard to weigh in on MSNBC’s recent ratings dip, the challenges of covering politics in a non-election year, and what Roger Ailes is saying about how he’s characterized in a new book by Bloomberg columnist Jonathan Alter.

And finally, everyone’s got an opinion about the Netflix series revival of “Arrested Development” – but what does this trend of streaming episodes mean for non-network produced tv? We’ll talk to media critic Ken Tucker and columnist Ana Marie Cox about how this trend is changing the way we watch our favorite shows. 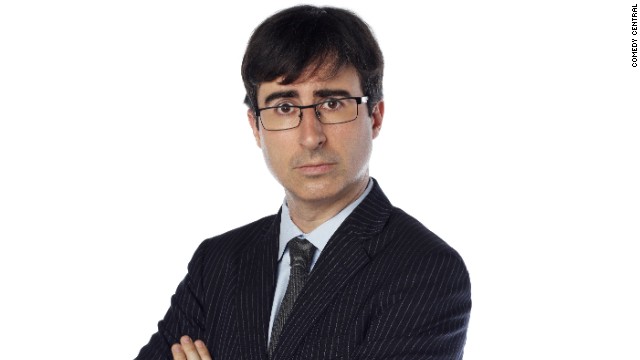 This Sunday on Reliable Sources, we'll discuss media coverage following the Guardian report involving U.S. FISA-related court orders to monitor telephone traffic of Verizon customers. Until then, here are some more stories that caught our attention this week:

John Oliver takes the reigns at 'The Daily Show'  Starting Monday, comedian John Oliver will take over as guest host of “The Daily Show.” While permanent host Jon Stewart takes time off to direct a movie this summer, Oliver, an already popular presence on the late-night Comedy Central program, will fill the anchor’s chair. This week, Oliver opened up about his expectations for the show in interview with the New York Times. When asked if the voice of the Daily Show would change, Oliver responded in honest and humorous fashion, saying, “the voice is going to change, in so far as words are going to be pronounced accurately. And there are going to be a lot more u’s on the prompter. I don’t want to see c-o-l-o-r on the prompter or there’s going to be hell to pay.”

'News crew assaulted by woman wileding rocks, baseball bat, and attack dogs':   A Rhode Island tv crew kept their cameras rolling this week after a potential interviewee started attacking them. According to local reports, a Providence woman was charged with assault on Wednesday after she chased ABC6 News reporter Abbey Niezgoda and her cameraman with a baseball bat while throwing rocks at them. In a video segment posted online, you can see Niezgoda and her cameraman dodging rocks while being chased down the street by the woman and her dogs. Niezgoda says her station was following up on a weekend shooting involving the woman’s daughter when the confrontation started.

'22 maps that show how Americans speka English totally differently from each other':  Some eye-catching maps identifying how people across the U.S. pronounce words like ‘syrup’ and ‘pecan’ had all of us in the newsroom chiming in this week. Compiled by North Carolina State University Ph. D student Joshua Katz as part of a linguistic project, the maps show that when it comes to pronunciations, we might just have to agree to disagree. For example, a traffic circle to those in the Mid-Atlantic region is more commonly called a roundabout out West- but folks in the Northeast prefer the term ‘rotary.’ And while the sugary topping ‘caramel’ is more commonly pronounced with 2 syllables in the West/Midwest (“car-ml”), heading East the same word gets another syllable tacked on, becoming “carra-mel” instead. We’re not sure what’s behind all the different pronos, but we had some laughs comparing dialects across our newsroom this week- sound off in the comments below and let us know what you’re reading this week!