Now more than ever, the mainstream media’s position as the primary outlet for breaking big news is under threat, as websites like Gawker deliver scoops at breakneck speed. What does this mean for the future of journalism? We’ll ask David Zurawik of the Baltimore Sun and Columbia University’s Emily Bell.

Paula Deen was dropped by the Food Network at the end of a week that saw the celebrity chef in the spotlight for her use of the N-word. We'll discuss the controversy with Adam Buckman of Comcast.net and Marisa Guthrie of the Hollywood Reporter.

As lawmakers inch closer to an immigration reform bill that can pass both houses of Congress, are journalists accurately reflecting the level of consensus that’s been reached on the subject? We’ll discuss with Amy Holmes of The Blaze and The Daily Beast’s Michelle Cottle. They’ll also discuss a study analyzing how the media has covered the same-sex marriage debate.

Tune in Sunday morning 11am ET. 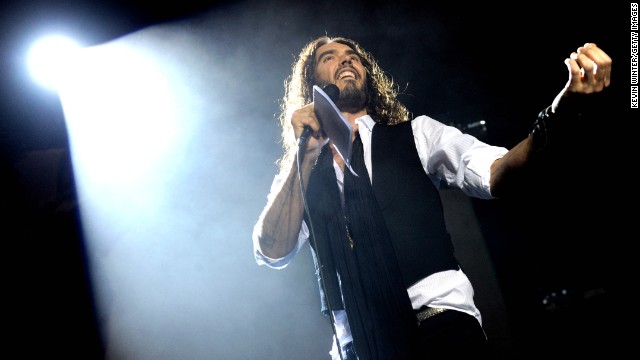 We’ve got a jam-packed show this Sunday on Reliable Sources. Among other topics, we’ll discuss why sources seek out non-traditional reporters to break big stories and what this trend means for mainstream media outlets and major scoops. Until then, here are some other stories that caught our eye this week:

An interview on MSNBC’s ‘Morning Joe’ with comedian Russell Brand went viral this week after websites like Gawker claimed that co-host Mika Brezinkski and panelists Katty Kay and Brian Shactman treated Brand poorly while making jokes at his expense throughout the segment. In the 8 minute interview, the pundits admitted they were unfamiliar with the comedian’s work while also teasing him about his accent, but not before Brand good naturedly got in some quips of his own. The interview drew so much attention that on Friday, Morning Joe co-host Mika Brezinkski apologized on her program, adding, “I have never gotten more vitriol and anger and hatred than I have over this. So I apologize for not knowing [Brand].”

Three Atlanta radio DJs found themselves out of a job Monday night following what former host Steak Shapiro now calls a ‘quickly conceived and ill advised’ bit. Shapiro, along with former hosts Chris Dimino and Nick Cellini, mocked former New Orleans Saints player Steve Gleason, who is living with ALS/Lou Gehrig’s disease. The ex-‘Mayhem in the AM’ radio hosts mimicked Gleason, who speaks with a synthetic voice as a result of the debilitating disease. By the end of the day, the trio had been fired and the radio station released a statement reading, “790 The Zone, our owners, sponsors, and partners in no way endorse or support this kind of content. We sincerely apologize to Mr. Gleason, his family, and all those touched by ALS.” Gleason, who has since accepted the apologies, said he hopes the incident brings more awareness to the disease.

News Corp is facing new allegations of phone hacking, this time from within the United States. On June 13th, Eunice Huthart filed a civil suit in California claiming that News Corp employees hacked into her voicemails back in 2004 & 2005, court documents show. Huthart, who was working as actress Angelina Jolie’s stunt double at the time, alleges that her personal voicemails were listened to and deleted by News Corp employees looking for tips on Jolie’s relationship with husband Brad Pitt. News Corp hasn’t commented publicly on the lawsuit. In 2011, similar phone hacking allegations rocked the News Corp company owned by Rupert Murdoch, ultimately leading to the shutdown of ‘News of the World,’ one of the U.K’s largest newspapers.

Tune in Sunday at 11am EDT.