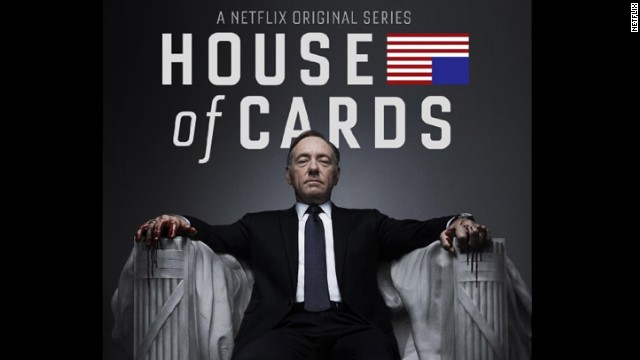 We’ve got a busy show planned for Sunday with our ‘Reliable Sources’ guest host, David Folkenflik of NPR. We’ll discuss coverage and reaction following the not guilty verdict in the Zimmerman trial, but until then, here are some other stories that caught our eye this week:

Television critics and fans were abuzz over this year’s Primetime Emmy nominations, but it was Netflix that made Emmy history Thursday with a drama series nomination for ‘House of Cards.’ The popular DC-set series earned 9 nominations total, marking the first time an online-based series has been nominated alongside cable and network programming. With ‘House of Cards’ actors Kevin Spacey and Robin Wright earning nominations, along with ‘Arrested Development’ actor Jason Bateman, Netflix has proven to be a competitive outlet for original /web-based programming over the past year.

“The Rise of the Demolisticle”

“40 signs you can publish any old crap nowadays as long as it’s well-targeted.” That’s the premise behind ‘demolisticles,’ a phrase coined by Reuters editor Chadwick Matlin. The term is also the subject of a recent piece written by Slate’s Will Oremus. Using Buzzfeed pieces like ’23 Signs You Did Mock Trial’ and ’21 Signs You’re Dating a Designer,’ as examples, Oremus highlights the website’s business strategy as a driving factor behind stories that go viral, arguing that they ‘need only be carefully tailored to appeal to one very specific demographic.’

On the heels of SyFy’s made-for-tv smash hit ‘Sharknado,’ the network announced this week that a sequel is indeed planned for 2014.  In an effort to keep the social media momentum going, SyFy is encouraging fans to tweet their #Sharknado title suggestions, saying the network will choose the sequel title from the online submissions. According to the network, the film, which premiered Thursday July 11th, garnered 5,000 tweets per minute at its peak.

“Inside look at the internal strife over Al Jazeera America”

Al Jazeera America is set to launch next month, but the brand and vision for the US-based network is resulting in some tensions behind the scenes. In a recent piece, The Guardian’s Glenn Greenwald speaks with AJAM’s deputy news editorial director Paul Eedle about concerns and complaints from both inside and outside the network regarding the channel’s overall vision. On the topic of whether the network will take a more mainstream approach, Eedle said the channel’s message would be “give us a try and make up your own mind.” The network has set a launch date for ‘before the end of August.’