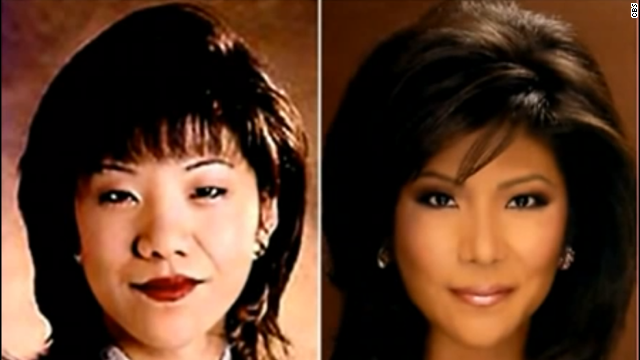 We’re getting ready for a busy show this Sunday with guest host Patrick Gavin of POLITICO. We’ll discuss some of the key interviews and media coverage of the debate over military action in Syria.  In the meantime, here are some other stories that caught our attention this week.

Julie Chen Reveals Having Surgery On her ‘Asian Eyes’

CBS news anchor Julie Chen admitted Wednesday that she had plastic surgery in her twenties to make her eyes look “less Asian.” Chen recalls an experience as a reporter in Ohio when the news director at her station told her he would not put her in the anchors' chair because her Asian features made her look  less relatable and engaging to the show’s audience in Dayton, Ohio. With dreams of being a news anchor, Chen underwent plastic surgery to widen her eyes when she was 25-years-old. At 43, she is now revealing her secret.

Media Mogul Rupert Murdoch won’t be appearing in front of the British Parliament this month. Murdoch was supposed to appear in court over revelations of News Corp.’s bribery and phone-hacking scandals, but has requested to delay his appearance in court until the full investigation of News Corp. is finished, per the recommendation of his lawyers.

Time Inc. CEO Joe Ripp just took the helm this month, but is already proving to be an approachable leader.  He told employees in a town-hall style meeting that he plans to spend more time around the building and less time in the executive suite where he believes, “ideas go to die.” Ripp added that if he had his way with the suite, he’d “close that damn thing down.”

There’s a shake-up happening in Fox News Channels’ primetime line-up. Smith, longtime anchor of “The Fox Report,” will continue to host the 3pm hour but will retire his 7pm slot, taking on a new role as managing editor of the network's new breaking news division. And rumors are circulating that “America Live” host Megyn Kelly could assume Sean Hannity’s role in the 9pm hour. Fox has yet to officially release the new primetime lineup.