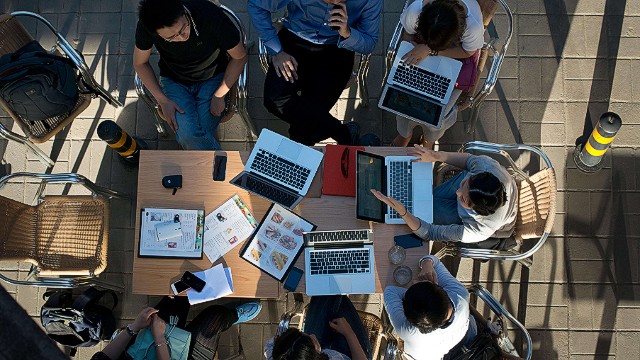 'Pew: Young people 'graze' for news, old people stick to tv and print'  In its recent report on trends that are shaping digital news, a Pew Research Study found that nearly 3 in 4 Americans ages 18-29 now cite the Internet as their main source of news (over both tv and radio). Among adults older than age 64, television and newspapers remained at the  top of the list of preferred news sources. While the findings illustrate perceptible shifts in news consumption by demographic, the study did reveal that older and younger viewers follow weather news more closely than other categories.

Read this: here's a new rare interview with Calvin and Hobbes creator Bill Watterson   Mental Floss Magazine readers got a rare treat when editor Jake Rossen nabbed a recent exclusive interview with Calvin and Hobbes comic creator Bill Watterson. The legendary cartoonist discussed the pressure to create spinoffs & sequels from his content, as well as his decision not to partake in licensing deals for his beloved comic strip characters . When asked about the enduring nature of Calvin and Hobbes, Watterson said, "You can’t really blame people for preferring more of what they already know and like. The trade-off, of course, is that predictability is boring. Repetition is the death of magic."