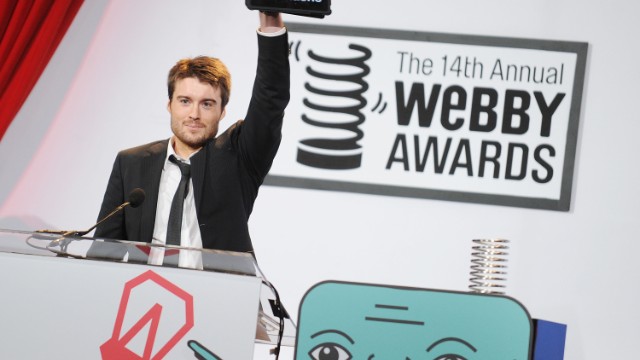 From Brian: 6 takeaways from Jan. 5 show

@brianstelter @waltmossberg Any advice for the upcoming generation of journalists and the many changes we are facing in our field?

His answer: "One is honesty and ethics. I know it sounds corny. But if you want to differentiate among 100,000 websites, you want trust. People need to trust you." And: "The second piece of advice would be think about being entrepreneurial. Even if you're inside another organization — we were inside Dow Jones. I personally was inside The Wall Street Journal and still tried to be entrepreneurial and start new things — you can do that, and now we're doing it again in an independent way."

2. I also really liked this point Mossberg made, crediting his co-CEO Kara Swisher, who was under the weather and couldn't come on the show: "I'm quoting my pal, Kara, who made this point the other day: we're not all hung up on "old media versus new media." It's all media. It's all journalism. Some of it is done well; some of it's done poorly. And that includes - you know, there's terrible newspapers; there's great newspapers. There's terrible websites; there's great websites." Here's the full interview.

3. After a questionable segment on MSNBC mocking Mitt Romney's family, radio host Callie Crossley had this to say about Melissa Harris-Perry: "Her brand, really, is to offer pointed commentary against just this kind of tone-deaf commentary."

Politico media reporter Dylan Byers added this about MSNBC as a whole: "MSNBC wasn't just supposed to be a sort of liberal counterpart to Fox News, a sort of place for the progressive base to go every day and every night — it was also supposed to be smarter. It was supposed to elevate the discourse. The idea was that you were having these sort of smart, well-educated progressives coming forth and changing the conversation - "lean forward," lean into the 21st century. And so many of these remarks, which have to do with going after someone's family, with issues of race — certainly with Martin Bashir suggesting that Sarah Palin should be treated like a slave — I mean, all of these things are leaning backward. It's not what MSNBC, I think, was supposed to be about originally. And I think it's doing real severe damage to the brand." Watch the conversation here.

4. Did you see any of the preposterous headlines about North Korean leader Kim Jong Un feeding his uncle to a pack of 120 dogs? The Washington Post's Max Fisher thoroughly debunked the stories here. I asked Dylan Byers about how those headlines come to exist in the first place, and he said: "You see a very tantalizing story, and you write it, and you say 'unconfirmed report,' 'so and so says,' 'we are unable to confirm.' And you put it out there and it just keeps repeating itself and repeating itself and repeating itself. And when the story gets proven wrong and someone comes to you and says 'Why did you report on that?' you say, 'Hey, I didn't report on that, I just reported that this other guy or this one source was reporting on that. That's all. I was just throwing it out there.' And the problem with that is that the role of the media should be actually to go out and confirm this news."

5. I thought this entire conversation with Neetzan Zimmerman was terrific. Zimmerman is sometimes called the "viral genius" of Gawker, responsible for the majority of the Web site's traffic. He's leaving Gawker to be the editor in chief of a start-up called Whisper. "One of the things that make me good at my job is my Attention Deficit Disorder," he said. "And, in a way, it also makes it tough for me to stay in one place for too long." Here's the interview.

6. And at the end of the show, I shared something I learned while contributing to CNN's coverage of a winter storm: the phrase "show of force." Here's what it means.

Hope you'll join me for the show next week - Sunday at 11 a.m. Eastern.