(CNN) – While most of us spend Super Bowl Sunday in front of the TV, President Barack Obama typically spends it on TV – and that tradition will continue this year when he speaks with Fox News Channel host Bill O'Reilly during the network's Super Bowl pregame show on February 2.

Fox News on Thursday announced plans for the presidential interview.

The interview might be more lively than other sit-downs with Obama since O'Reilly hasn't interviewed him in three years and since Fox News is the television home of opposition to the Obama administration. But it's entirely logical for the President to do the interview – it's an opportunity to be heard by one of the biggest television audiences of the year.

END_OF_DOCUMENT_TOKEN_TO_BE_REPLACED 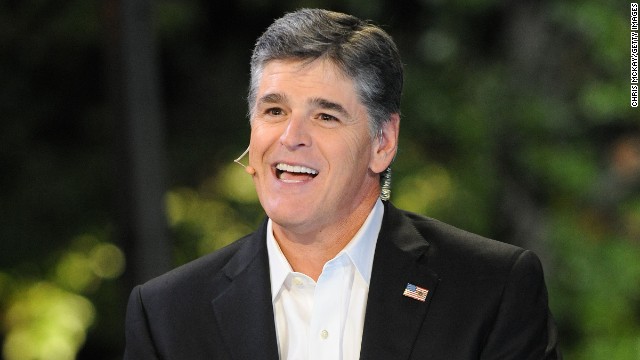 Does Hannity want to run for office?

(CNN) – Sean Hannity has become the latest cable news host to drop hints about a potential run for office.

On Wednesday the Fox News host, a favorite of conservatives, said he sometimes thinks about a political run. He didn't specify what office he'd like to take a shot at, though.

Hannity's comments – which thrilled some of his fans – came during a segment on his prime time Fox News show, "Hannity," called #asksean. One of the viewer questions his guest Megan McDowell read was, "Will you run for office, or do you think that you can accomplish more where you are now?"

Hannity answered with a smile, "Would you vote for me?"