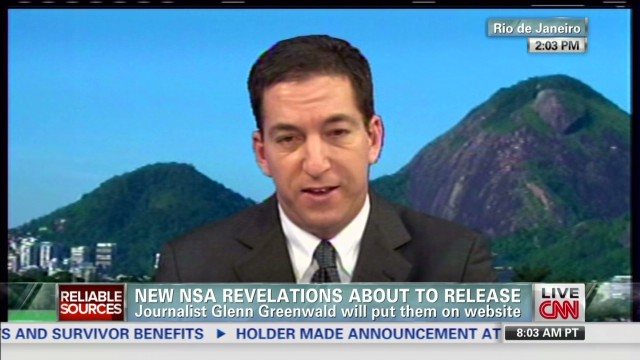 Glenn Greenwald, the reporter who broke news of U.S. government surveillance in The Guardian newspaper last year, suggested new revelations are to come when he launches an independent news site this week.

Greenwald and other investigative journalists are set to launch digital magazines with First Look Media, a venture funded by eBay (EBAY, Fortune 500) founder Pierre Omidyar. Omidyar wrote in a blog post on Thursday that "the site's staff has already uncovered a host of new and disturbing revelations in the NSA documents."

In an interview on CNN's "Reliable Sources" on Sunday, Greenwald said his new stories would start to appear online early this week. He dropped hints that he and his colleagues have come into contact with sources besidesEdward Snowden, the former National Security Agency contractor who provided classified documents detailing secret surveillance programs last year.