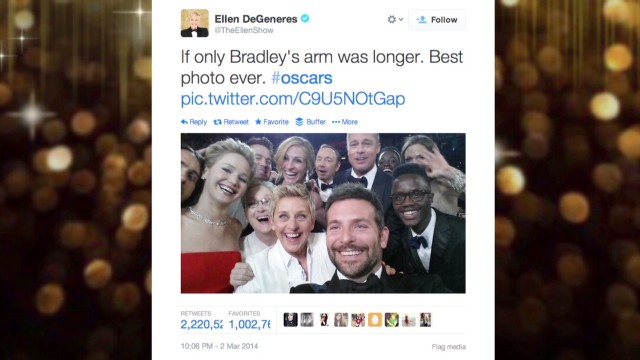 (CNN) - The Academy Awards continued its upward climb in the ratings on Sunday, reaching a 10-year high with an average audience of 43 million viewers in the United States.

The awards telecast, typically the year's No. 2 television event behind the Super Bowl, has grown its total audience for each of the past three years, despite perennial complaints about its length (this year the show clocked in at 212 minutes). Last year, the Oscars averaged 40.4 million viewers.

Award shows in general have been enjoying a ratings resurgence, partly because of the popularity of so-called "social TV," the tendency for viewers to chat along with live TV on Facebook and Twitter. The Golden Globes scored its biggest audience in a decade in January, and the Grammys set what was essentially a modern-day ratings record in February.

You can read more of Brian's CNN article here.