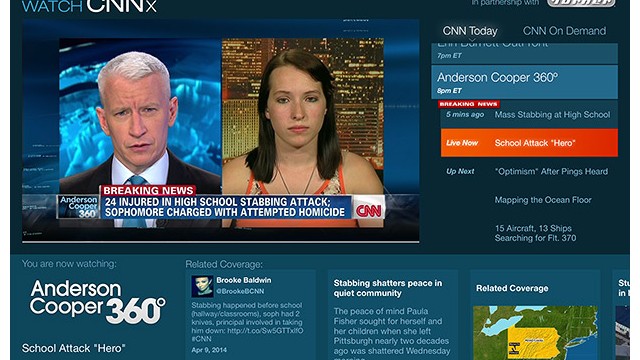 NEW YORK (CNNMoney)
At a presentation for advertisers last week, CNN Worldwide president Jeff Zucker called it "our most important announcement of the day."

It wasn't a new prime time television program or a Web site expansion. It was a new way to watch everything that's already on CNN TV, enhanced by the Internet.

The announcement was about Watch CNNx, a product that takes programs on CNN (and sister channel HLN) and adds online capabilities like on-demand video viewing and links. The iPad version of it is available to some users now, and CNN says it will become more widely available later this year. More importantly, CNN wants it to show up on people's big screen TVs in the future, through next-generation set-top boxes.