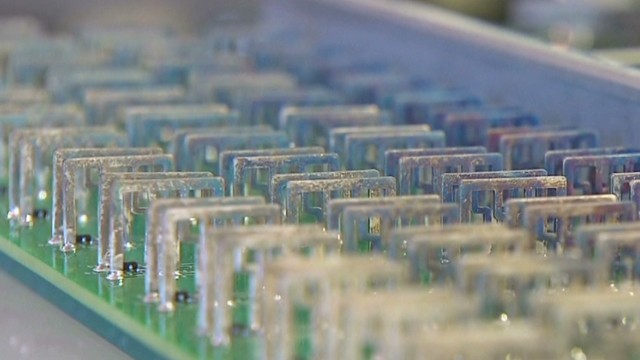 From Brian: 7 takeaways from April 20 show

1. We led Sunday's show with Sharyl Attkisson's story. Attkisson, a veteran CBS News investigative correspondent, resigned in March because she said she was having a harder and harder time getting her stories onto the air. In an interview, she seemed to blame a mix of political and corporate considerations, and suggested that her former bosses shied away from tough stories:

"In general, there was a pattern of more - many more stories in recent years being embraced if they were seen as being positive to government, the administration and even certain corporations, that if they were stories that were pitched that could be perceived as negative to government, administration and certain corporations."

Attkisson also said some managers at CBS "do often seem to feel defensive about - almost personally defensive about - stories that could make the government look bad." Here are parts one and two of the interview.

2. The Attkisson interview generated quite a bit of attention - here are a few of the followup news stories:

3. "I think there was an expectation that the [Pulitzer Prize] committee had to recognize the reporting in one way or another, and the question was going to be how. So to learn that it was a Public Service award and that it was given to The Guardian and to The Washington Post for the work that we had done was really gratifying, because I think that is what the idea was - that we were always trying to fulfill - which was doing the reporting in public service." –Glenn Greenwald on the Pulitzer win for NSA surveillance stories END_OF_DOCUMENT_TOKEN_TO_BE_REPLACED

Supreme Court case could change how you watch TV

A two-year-long legal battle between the country's biggest broadcasters and a startup called Aereo is about to culminate at theU.S. Supreme Court.

The court's decision, expected sometime this summer, could have far-reaching implications for television and technology companies - and ultimately on how people watch TV programs.

The court will hear arguments in the case on Tuesday morning. Legal experts are divided about the most likely outcome. But Aereo is undeniably the underdog, opposed by the owners of virtually all the major media companies in the United States.