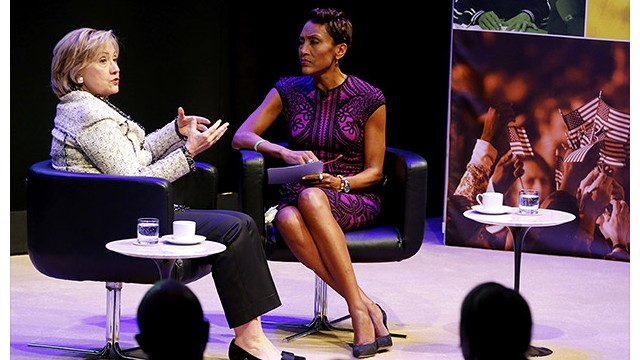 As Hillary Clinton prepares for the publication of her book "Hard Choices," here's who will be interviewing her on television:

Is it a conscious choice on the part of Clinton's handlers that virtually all of the interviewers are women? Or is it a coincidence?

Leave a Reply to Leone Edgcomb