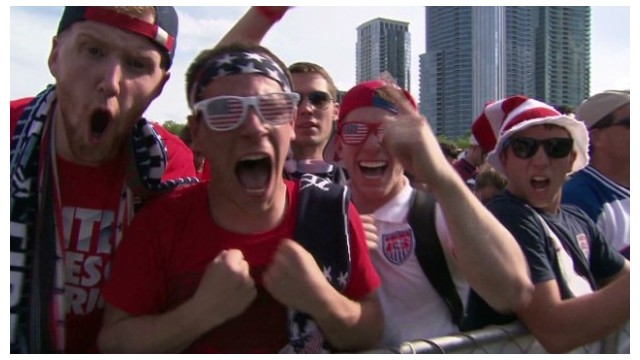 USA-Belgium, what turned out to be the last American match in the 2014 World Cup, was watched by upwards of 20 million viewers at home and countless more at watch parties in stadiums and other public places across the country.

Nielsen ratings released on Wednesday showed that ESPN's telecast of the match averaged 16.5 million viewers in the United States, which was second only to the USA-Portugal match on June 22. That earlier match holds the distinction of being the most-watched men's soccer match in the United States ever.