Should we listen to Dick Cheney? 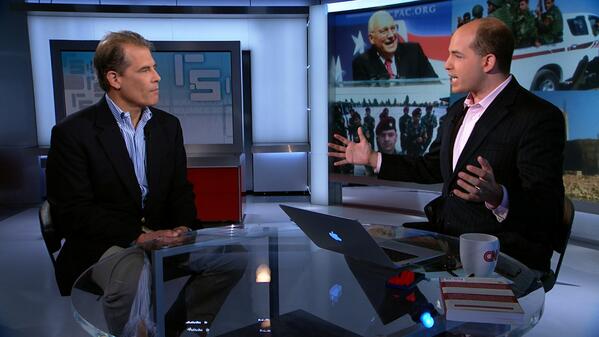 Peter Beinart, who wrote "Even Iraq's Sinners Deserve to Be Heard" for The Atlantic this week: "I think it's definitely true that the media's foreign policy conversation has an instinct towards kind of Beltway insiders who share basic assumptions. And some of the people who had the intellectual foresight and creativity to question the assumptions that led us to Iraq still don't get on the air, which is a big problem…"   END_OF_DOCUMENT_TOKEN_TO_BE_REPLACED

Iraq: How to distinguish between real news and propaganda

Above, Storyful’s David Clinch on how his organization works to verify - and sometimes debunk - amateur photos and videos emerging from Iraq.

STELTER: You have surely heard the old maxim that "in the fog of war, the first casualty is the truth." You've heard it because it tends to be true. It's very hard to know what's really happening in Iraq right now. Of course, it's a country that will always be associated in our minds with bad intelligence.

Sometimes reporters and TV producers have to rely on primary sources - photos and videos from people on the ever-shifting front lines. So, the vetting process for this material is critical. Many people here at CNN do it every day. We have Arabic speakers who watch video, translate them, cross-reference them, and sometimes debunk them. In fact, a message went out to the whole newsroom here on Friday, reminding everybody to steer clear of misinformation and mislabeled photos.

For help with this, lots of other news organizations depend on a fascinating start up called Storyful. It calls itself a social media news agency. Here's a sign how important this work is becoming: last year, Rupert Murdoch acquired Storyful for $25 million.

They have been busy there, debunking insurgent propaganda from Iraq, and I want you to hear how. So let me bring in David Clinch, executive editor of Storyful. He was previously a senior CNN international auditor here at CNN. David, thanks for joining me.

DAVID CLINCH, STORYFUL: Nice to be here, Brian. Thank you.

Above: As Iraq again falls into a state of chaos, famed war correspondent John Burns of The New York Times talks with Brian Stelter about covering the conflicts, both currently and back in 2003.

STELTER: How does it feel as someone - as one of the many reporters who risked their lives covering this war 10, 11 years ago - to see what's happening now?

BURNS: Well, we were - certainly, most of us were wise before the event. That's to say we could have not told you that we foresaw this in the weeks and months up to the American invasion.

But very shortly after that invasion, certainly within a year, most of us, almost all of us foresaw this unfolding as a disaster, indeed unfolding much as it has. Nothing that has happened in the last 72 hours, or for that matter the last two or three years since American troops withdrew, I believe has surprised anybody. END_OF_DOCUMENT_TOKEN_TO_BE_REPLACED

Guest host Frank Sesno offers his take on the highs and lows of the week - the Associated Press' analysis of the deadly train crash in Spain and of the media's coverage (or lack thereof) of Iraq. 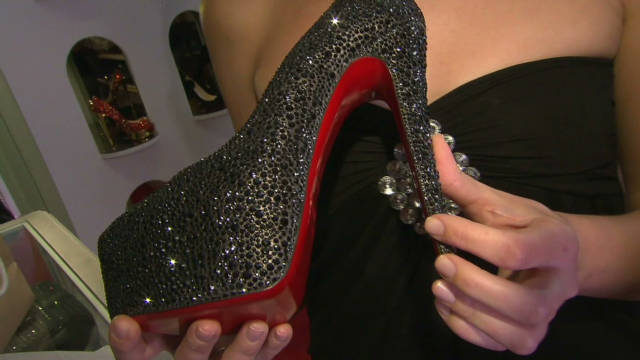 Howard Kurtz, Rajiv Chandrasekaran, Mark Thompson and Fred Francis assess the mistakes the media made in the build-up to the Iraq war, which began ten years ago this week.

For a show that considers itself a family, NBC's “Today” has been ripped apart in the media for its poor handling of Ann Curry's departure. Many have blamed current co-host Matt Lauer, who remarkably kept silent through the entire ordeal... until now. Lauer broke his silence earlier this week during an interview with Howard Kurtz, where he shared his feelings on the matter. Lauren Ashburn, Editor-in-chief of Daily-Download.com, and Adam Buckman, TV columnist for Xfinity, join Howie to discuss.

Following weeks of media speculation and hours of pundits predicting who would fill Pope Benedict's famous red shoes, millions of viewers watched as Vatican City announced the arrival of Pope Francis, formerly Cardinal Jorge Mario Bergoglio of Argentina. But before it was announced, TV anchors couldn't decide if the smoke was black or white (the latter signalling the Conclave's approval of a new pope). Howie invites New York Times religion correspondent Laurie Goodstein and The Washington Post's Sally Quinn to the table, where they'll assess the media's coverage of the pope.

CNN’s Washington Correspondent Jake Tapper also swings by the studio to chat with Howie about continuing tensions between the White House and reporters, as well as his new show, The Lead, which debuts Monday, March 18.

It's been 10 years since American troops entered Iraq, and ultimately 10 years of non-stop war coverage... but what lessons have we learned? The Washington Post's senior correspondent Rajiv Chandrasekaran and Time magazine's Mark Thompson will share their experiences covering the war and debate the media's shortcomings with Howie and former NBC News Senior Correspondent Fred Francis.